The manufacturing industry has been a staple of American culture for decades from aiding in the creation of the American middle class to it’s role in today’s technologically driven economy. In 2001, manufacturing employment took a swift and sudden plummet, causing many to be concerned for the future of the industry. Some argued it was a temporary depression, others thoughts the shift would remain permanent.

In 2018, we’re witnessing a steady increase in manufacturing, with more companies moving facilities back to the USA from previously off-shore facilities. Processes have evolved, regulations have changed, and manufacturing still remains. We see digital transformation, robotics and region-based shifts creating more and more growth in the industry over the last four years.


Manufacturing by the numbers

After a bit of research and compilation of data, we’ve found some interesting insight into the shift currently going on in manufacturing industry. The next few sections will focus on the Midwest region – one of the most prominent for manufacturing – and how the region compares to others, and its specific growth over the last few years.

For the purpose of this study we’ve defined the Midwest region as the following states: Illinois, Indiana, Iowa, Kansas, Michigan, Minnesota, Missouri, Nebraska, North Dakota, Ohio, South Dakota and Wisconsin. All data was taken and compiled from nam.org.

Over the last four years, the Midwest has seen a shift in manufacturing, with the number of firms, employees and output all changing in significant ways.

When we look at the data from 2014, there were 74,017 manufacturing firms in the Midwest. Of those, only two states had less than 1000 firms (North and South Dakota). Compared to the 2018 data which cites only 72,379 firms, one might want to conclude that manufacturing is dying down in the Midwest.

However, when we look at the number of employees employed in manufacturing, we actually see a sizable increase. In 2014 there were 3.85 million employees in manufacturing, and that number rose to 3.95 million in 2018. That’s a 2.5% increase over four years, and an average of 8783 new jobs created per state.

Taking that increase and looking at the overall output (in billions of dollars), we’ve seen an uptick there as well. In 2014, the Midwest put out $584.91 billion. In 2018, it increased to $620.2 billion, which is a nearly $3 billion increase per state over four years.

Looking at the numbers, it’s easy to conclude that while the number of firms are down over the last four years, we actually are seeing a growth in manufacturing in the Midwest. And, as it turns out, employing more people and making more money while we’re at it. Not too shabby, Midwest.


Midwest vs the other regions 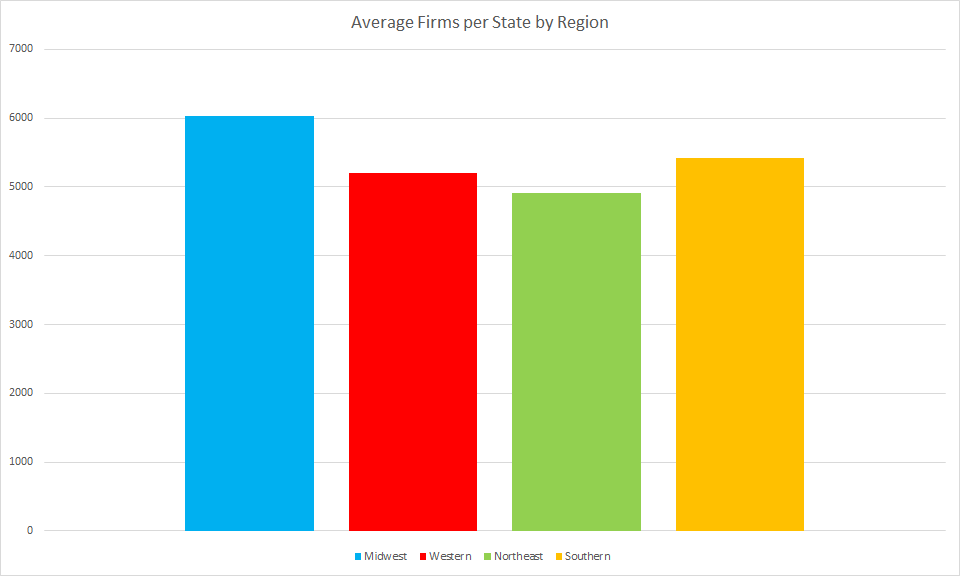 The United States as a whole is the second largest manufacturer in the world, behind China, and is seeing a general rise in both employment and output – just like the Midwest. But how does the Midwest compare to the rest of the regions in the nation? 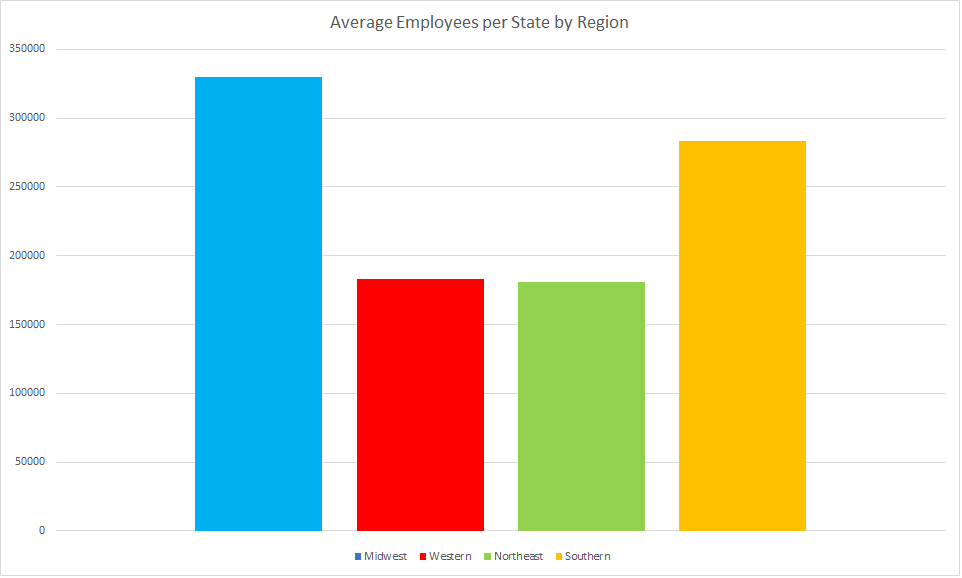 Of the top 10 cities where manufacturing is thriving the most, the Midwest claims 6 of the 10. While the Southern region claims the most annual output ($741 billion), on average, Midwest states have a higher number of firms, and higher employment rates per state. 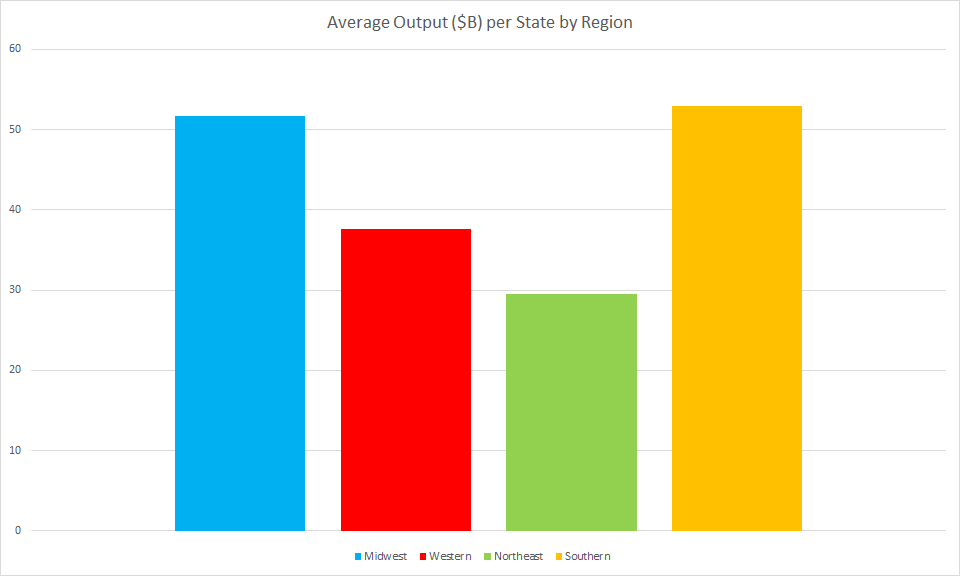 Why is the Midwest so favorable?

It’s interesting to think that the most land-locked region of the United States is the best place for manufacturers to base themselves. What exactly is it about the Midwest that makes it such a magnet for companies and employees? According to studies, the Midwest has a lot of perks that other regions just don’t.

Of all of the regions in the United States, the Midwest is considered the most hospitable and kind. Besides the constant use of the word “ope” when others run into them, Midwesterners are the most friendly and eager to help others out, making it a great place to build a community around a business With kindness and a sense of community, manufacturers benefit from employees that build each other up instead of cutting each other down.

The cost of living in the Midwest is so low in comparison to other regions, which makes workforce costs lower for manufacturers. Keeping the cost of employment lower means better margins for products, and ultimately increases the bottom line. Who doesn’t love a good increase to the profit margins?

Being in literally the center of the country, much less the continent, the Midwest is a perfect place to base to get quick and easy access to either coast and the entirety of the continental US. This means that shipping costs and time are both lower, which, again, lowers the bottom line for manufacturers.


There are so many good reasons to be in the Midwest – that’s part of why our startup is based out of Moberly, Missouri. However, manufacturing in particular can benefit from the Midwest, which benefits the nation as a whole. With a steady increase of employment – nearly 50,000 more per state than the next highest region – kind people and lower costs, it’s no wonder the Midwest is a haven for manufacturers.

If you’re looking for the next best place to land, come to the Midwest. Manufacturing definitely isn’t dead here.